Derek “Del” James Thomas (1936- 2018) was born in Hornsey, North London, to Edwin and Alice. He was the youngest of three boys with brothers David and Reggie. When Del was about six, he was evacuated to Wales until the end of the war. Del left school at 14 and worked mainly in furniture manufacture and sales, but took on many other jobs to support his family. Del met Kathleen in 1957 and they were married in 1959 in Stroud Green where they lived until 1963, when they moved to relatively rural Hertfordshire. They had three sons, Colin, Neil and Barry. 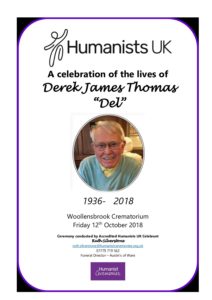 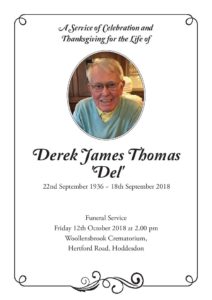