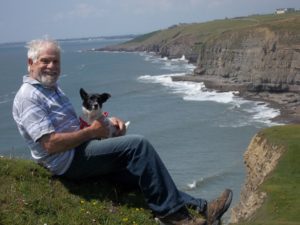 Lawrence Stanley Deane (1940-2018) Larry was the middle child of Leonard and Eirwen. He grew up in Llantwit Major with two sisters, Lorraine and Marianne. He went to Cowbridge Grammar School. He joined the Merchant Navy and then, in 1959, the RAF where he met Christine, who he married in 1963. They moved to London where Larry worked as a draughtsman. Daughters, Lorraine and Carolyn, were born in January and December 1964 respectively. Larry joined the Navy as an officer pilot and was posted to HMS Albion. His last posting was to Lossiemouth where Larry was an air-sea rescue pilot. Larry had undiagnosed PTSD and left the forces. After some time spent teaching, Larry started work in the Civil Service. In 1985 he got a job in the Engineering and Science Research Council in Swindon. In 1989, Larry had a heart attack retired due to ill-health. In 2008, after Christine retired, they moved to Barry where Larry volunteered at the National Coastwatch Institute’s station. 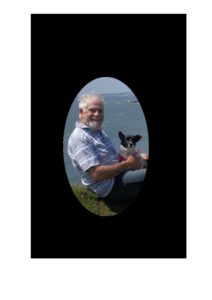