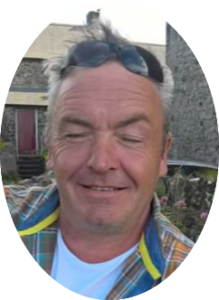 Stuart Jones (1966-2018) was born in Maesteg, the only child of Dewi and Gwynneth. He grew up in Nantyffyllon, attending the primary school there. Stuart left school at sixteen and gained his HGV and PSV licences. He lived in Cornwall, a place he loved as a boy, working as a HGV driver. He moved back to Cardiff in 1996, and worked for National Welsh and Bebbs Coaches, driving holiday coaches all over Britain and Europe. In 2010 he got a job driving for Valleys2Coast. His relationships with Katrina and Emily resulted in three children, Ethan, Enzo and Zeta, who he enjoyed taking on holidays to Cornwall. In 2014 Stuart set up home with an old school classmate, Donna. 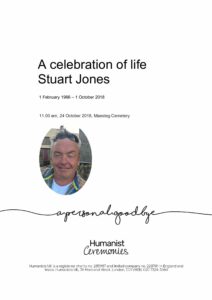