Christopher John Sowden (1950-2018) grew up in Wyke, Yorkshire. He left school at fifteen, working various jobs until settling on a career as a refrigeration engineer, a job that took him all over the world. He met his wife Cath in 1967. They were married in Low Moor in 1971 and had two children, Neil and Machala. John had many interests including motorbikes, fishing and caving but his abiding passion was the Bradford Bulls rugby league team. He was a season ticket holder for many years and after he retired, aged 60, was a volunteered for the club. John was a grandad to Matthew, Callum, Josh and Robbie. 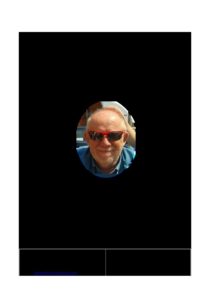 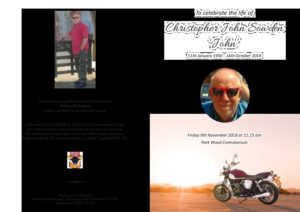