Roger Malcolm Locke (1945 – 2018) was born in Yorkshire to Hilda and Alf. He grew up in Shelley with his sisters, Hilary and Gillian, and his brothers, John and Andrew. Not keen on school, Roger preferred hunting and later owned and trained gun-dogs. He was a keen sportsman and played football for Shelley FC. His father died when Roger was 17 and he stepped up as man of the house. Most of his working life was spent at Hey Royds Colliery. Roger married Anne in 1976. They had three children, Martin, Helen and Clare. Being a handy and resourceful man, he renovated the family home, Wheatley Hill Lodge. Roger was a vintage tractor enthusiast but his main passion was his family. Roger made friends easily and was a well known member of the local community. 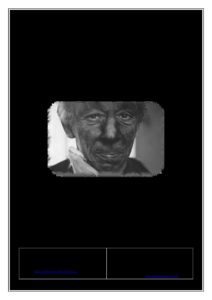 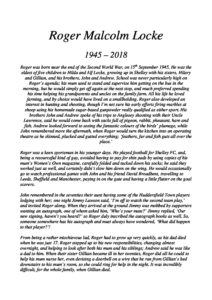