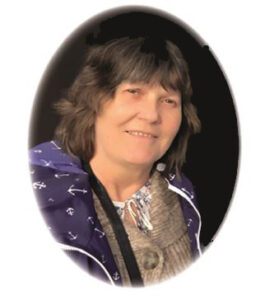 Heather ‘Shirley’ Rowland (Née Auburn) (1957-2018) Heather Shirley Auburn was born and raised in Northampton. She had four siblings, Linda, Peter, Jennifer and Diane. She attended St. George’s School and Kingsthorpe Upper School. She had various local jobs until meeting Paul Rowland, whom she married in 1977. She soon became a full-time mum to three children, Melanie, Curtis and Jeanette. Once the children were old enough, Shirley went back to work. She retired, aged 41, to focus on her many hobbies and her dogs.