William ‘Bill’ Aldworth (1939-2018) grew up in Willesden with his parents, Ernest and Violet. He had five sisters, Pam, Peg, Maureen, Joan & Barbara. After school, he took up an apprenticeship with a local engineering company. He gained his HNC and became a draftsman until retiring at the age of 70. Bill married Barbara in 1962 and they had two children, Guy & Lisa. The family moved to Suffolk and in 1967, Bill started his own firm, Henstor Engineering. Sport was a lifelong theme for Bill, particularly judo, football and golf. He had a short career in local politics, as a Labour councillor in 1970 and later as a county councillor. 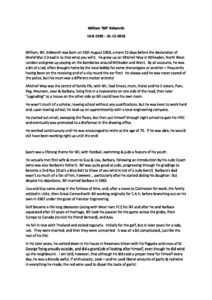 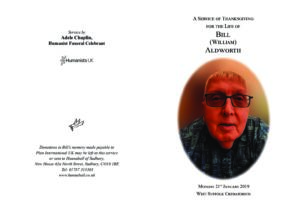