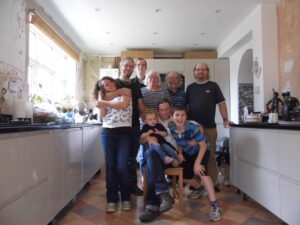 Patricia Margaret Hosking (1953-2018) was born in Gloucestershire to Jack and Margaret. She had three older brothers, David, Anthony, Colin and a younger sister, Sylvia. She married Keith in 1973, and in 1976 they bought a house in Oxfordshire where their four boys, Thomas, Robert, Michael and Kenneth, were born. In 1985, the family moved to Somerset, where they lived for 33 years. Patricia worked at Tesco for 21 years and also as a dinner-lady at Croscombe Primary school. In 2012, she took early retirement and became the carer of Keith’s mother Christine. Patricia was grandmother to Jessica, Scott and Mia. 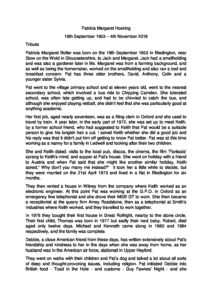 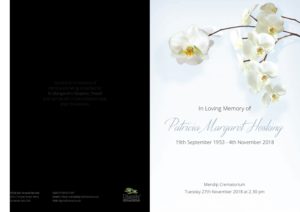 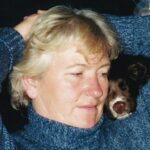 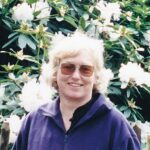 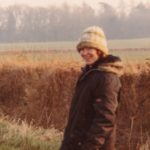 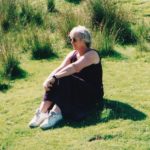 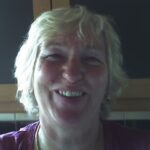 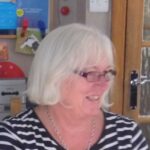 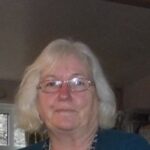 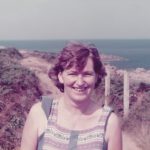 Celebrant and tribute contributor: Julie Wright
Tribute to Patricia Hosking delivered at a Humanist funeral arranged by their family. Includes a digital copy of the funeral's order of service and nine digital photographs of Patricia and her family (2018)