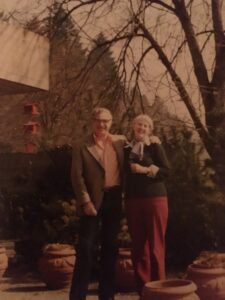 Gerald Easty (1926–2011) Gerry was born in Hampstead. He was the only child of Charlie and Edith. He went to grammar school, where he showed an aptitude in the sciences. Gerry studied Chemistry at University College London, gaining a first class Honours degree, and a PhD. He spent his career in cancer research, becoming Head of Department of Cell Biology at the Institute of Cancer Research. In 1948 he married Dorothy, whom he had met at UCL. Gerry and Dorothy worked together in the same laboratory for 28 years. They had two children, Anthony and Gillian. After his retirement he endured much ill-health, but never allowed this to spoil his love of art, which included his own creations, including drawings, sculptures and a mural at the couple’s Languedoc home. 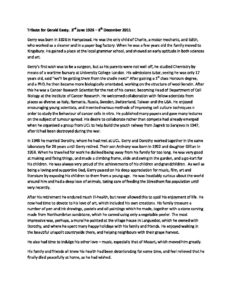 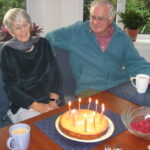 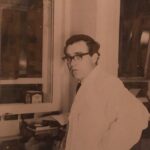