Anita Ford (1948- 018) was born in Enfield, an only child. She was the first member of her family to go to university. She studied sculpture at Loughborough where she obtained an honours degree which was followed by a one-year scholarship to study fine art at the Venice Accademia. Anita’s career in art continued at the Camden Institute in London, where she studied etching and screen printing. She set up print studios in Verona and Bologna and also taught art in London. Anita showed her work at many major exhibitions, both in the UK and internationally. She also sold corporately through half a dozen or so agents. Anita met her partner of 26 years, Alfred Huckett, at the Camden Institute. They were married in 2016. 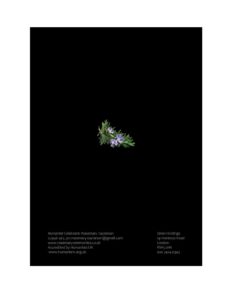