Mary Catherine Cole (1923-2019) was born in London, the only daughter of William and Mary McCarthy. Her father was an ardent socialist, and strongly influenced the beliefs that she held all her life. At the beginning of the war she joined the Wrens, and was stationed at Chatham. After the war, she worked at the BBC as an editor and met and married Lionel Cole. They lived for a while in Venezuela, where Matthew and Rosanne were born. The family settled in Hampstead Garden Suburb in 1963, where they enjoyed an active social life. Mary was an extraordinary hostess and a fantastic cook. In 1986 they retired to Uckfield. Mary was a volunteer for the Citizens Advice Bureau and a yoga teacher. Mary was also a grandmother. 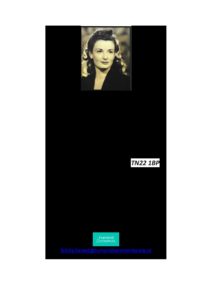 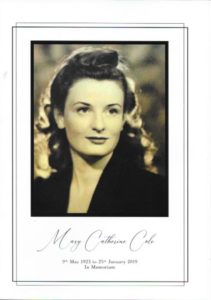