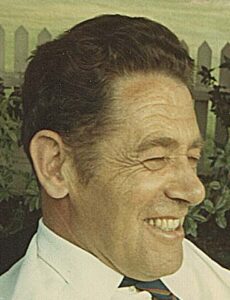 Thomas Watson Oliver (1910-1991) Tom was born in Sheffield but the family moved to London when he was four. He was an only child. He won a scholarship to Tonbridge School, where he thrived academically and in sport. Tom left school at 15 to work in his father’s business, Henry Oliver and Company, which he took over in 1936, on the death of his father. Diabetes prevented Tom from serving in WW2. Tom and Kathleen married in February 1940, after a long courtship. They had two children, Catharine and Charles, and later became grandparents. In 1978 Tom was made a freeman of the City of London, an acknowledgement of his work for the Goldsmith’s Hall. Tom was a cross country runner for the Ranelagh Harriers Athletics club and later took up bowls, becoming treasurer of the bowls club in Ealing. 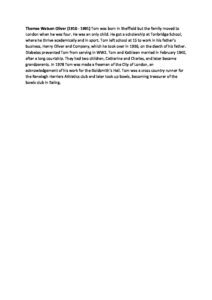