Michel Pierre William Prigent (1943-2019) was born in Hereford, to Margaret and Pierre. He was the eldest child of four, with brothers Alain, William and sister Jean. The first three years of his life were spent in England and then in Brittany, but the family followed his dad’s postings first to Tunisia and then to Bavaria. At the age of 14, he went to a catering school in Strasbourg. After college Michel served as an apprenticeship in the French merchant navy. He moved to London in the 1960s, working various jobs including as a chef at The Savoy, but was more interested in political movements. Michel had a daughter, Sappho, from a relationship with Karoline Deck, and two grandchildren, Phoebe and Jacob. He was a keen musician, playing drums and guitar. 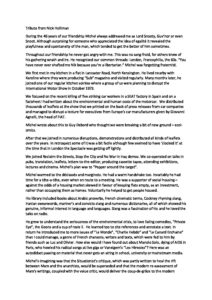 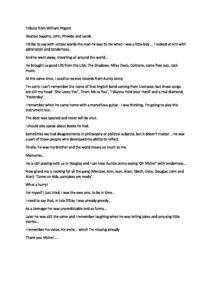 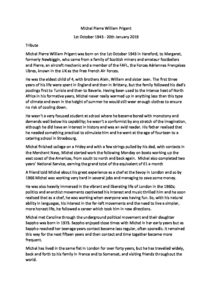 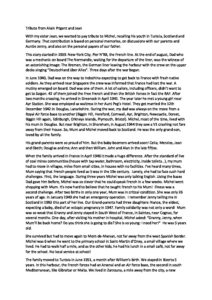 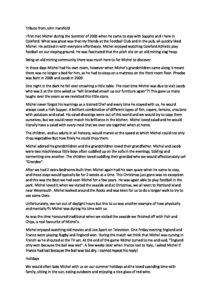 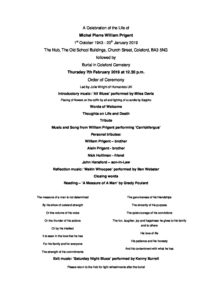 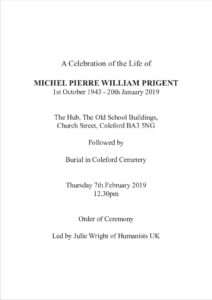 Michel Prigent Order of Ceremony Final (Word)
Celebrant and tribute contributor: Julie Wright
Tributes to Michael Prigent delivered at a Humanist funeral arranged by their family. Includes a digital copy of the funeral's order of service (2019)