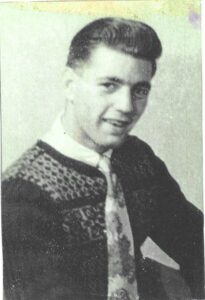 Eric John Farmer (1930–2018) was born in Barry, the eldest son of George and Iris, and the elder brother of Kenneth and George. Eric enjoyed the Air Training Corp but his asthma prevented him from joining the RAF. After leaving Gladstone Road School, he started an apprenticeship with study at Barry Technical College. He also met Kathleen, whom he married six years later. They had five children, Karen, Ian, Andy, Lynda and Maria. Eric worked hard as a car mechanic and fitter. He was passionate about music and played the piano and organ. He was also a keen model maker. Eric was grandfather to Callum, Hannah, Tom, Sam and Leighton, and great grandfather to Brianna. Eric died in Barry, after a fall. 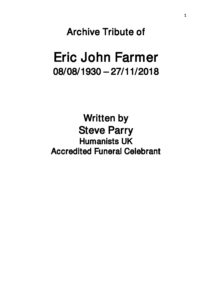 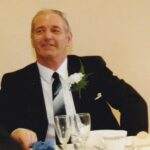 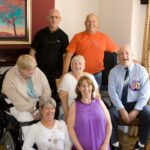 Celebrant and tribute contributor: Steve Parry
Tribute to Eric Farmer delivered at a Humanist funeral arranged by their family. Includes three digital photographs of Eric Farmer [with his friends and family] (2018)