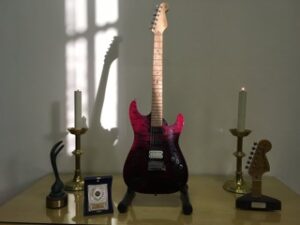 Nigel Jerome Edwin Watson (1947–2019) was born in Southall, one of seven children, and grew up mainly in Putney and in Wolverhampton. He was a talented guitarist, singer and composer. He collaborated and toured with numerous well-known artists, in particular, Peter Green. Nigel had three children, Josh and Alistair in the 90s, from his marriage to Sandra, and Paul from an earlier relationship with Pixie in the 70s. When he wasn’t working as a musician, he was a very fine carpenter. He had many hobbies and passions, most notably his racing pigeons and his Jaguar cars. He loved all kinds of animals and birds. Nigel lived for many years in Oxted but died in Sevenoaks. 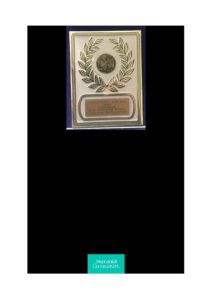