Gareth Bowen Davies (1943–2019) and his twin sister, Mair, were born in Tonypandy. Their mother Gerith Mair, died during childbirth. The twins were brought up by their maternal grandparents until their father, Dai, returned from the Army after the war. Gareth left school at 15 and became an apprentice painter and decorator with the council. Gareth met Ann when he was sixteen. They married four years later. They had three children, Carol, Leanne and Gareth who sadly only lived for three hours. He was a very proud grandfather to Rachael, Tamara, Shauna and Hollie and great grandfather to Cain and Lexi. Gareth was Ann’s carer for years until he was admitted to hospital after collapsing at home. He was looked after in the intensive care unit at the Royal Glamorgan Hospital until he died. 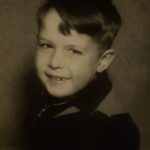 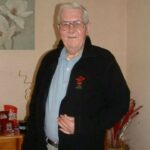 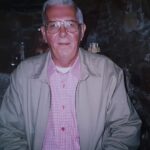