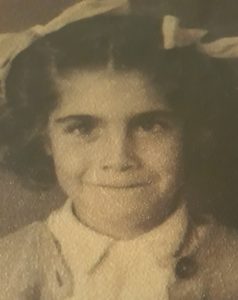 Margaret Alison Pride (1947-2018) was born in Cardiff to David and Phyllis Roche. She was one of seven children. Margaret left school and worked as a wages clerk and in the same year she met Ed Pride, whom she married in 1968. Their first house was in Llantrisant, where Ian was born. They moved to Llandaff where Jane was born. In 1973, the family moved to Buckinghamshire, where Sally was born. In 1976 they moved back to Wales. They lived in a caravan in Llangynwyd, next to a derelict farmhouse that they spent the next two years renovating. They kept many animals on their smallholding. When the children were old enough, Margaret started work at Maesteg Comprehensive, where she stayed for 30 years. She had five grandchildren, Katie, James, Lewis, Abbie and Alex. She died in south Wales. 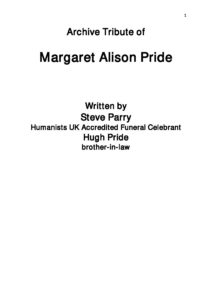 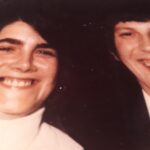 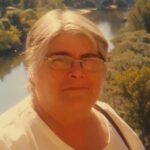