Mona Stakes (1927–2019) was born in Dewsbury, the only child of Leonard and Florrie Spurr. She had an idyllic childhood which came to an end when her dad fell ill and died when she was only ten. Mona grew up very quickly, taking responsibility for many of the household chores. Mona earned a scholarship to Dewsbury Tech Commercial School, but had to leave at fourteen to earn a wage. She made a contribution to the war effort, weaving parachute silk. In 1947, Mona married her first husband, Desmond. They had three daughters, Janet, Margaret and Ruth. Mona stayed at home to look after them. When Desmond became ill, Mona went out to work again, as a nursing auxiliary at Dewsbury General Hospital. After Desmond died, leaving her a widow at 45, she worked in old people’s residential homes, becoming Assistant Matron. Mona then met and married Les. They enjoyed 40 years together. Mona died at home in Dewsbury. She was a grandmother to Matthew, Helen and Robert, and great-grandmother to Phoebe, Lottie, James, Tom, Annie and Naya. 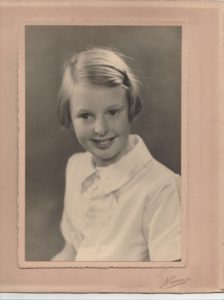 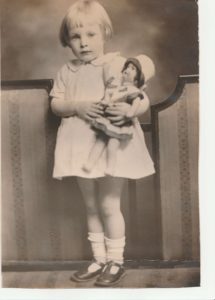 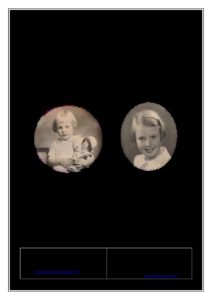