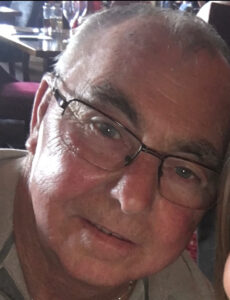 Peter Ignatius Smith (1947–2019) was born in Belfast, the second child of Terry and Bridget. He had a brother, Terry and sisters, Nora and Kathleen. When Peter was eleven, the family moved to Barry. He joined the Army Cadets and later joined the TA. This gave him a life-long interest in the military and military history. He always supported Help for Heroes. When his mother died, Peter went to live with his brother Terry and his wife, Brenda. Peter married his first wife, Julie, when he was 21. They bought a house in Llanbradach which is where Louise and Kate were born. Some years later, the family moved back to Barry. Peter eventually became a tanker driver, a job which he enjoyed. In 1994, and now single, Peter met Carol. That relationship lasted 25 years. They finally married in 2018. Peter never retired and was on sick leave when he died in hospital in Cardiff. Including Carol’s family, Peter was the grandfather of fifteen and the great grandfather of eight. 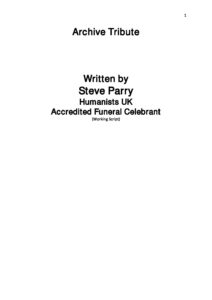