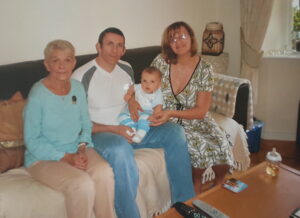 Ruth Margaret Fell (1943–2019) was born in Ton Pentre to Oliver and Margaret Jones. She had four siblings, Joan, Brian, Alan and Philip. She won a place at Pentre Grammar and could have gone to university. But instead, at sixteen she started a pre-nursing course at Llwynypia college. In 1961 she gained a place at the Cardiff Royal Infirmary to train as a nurse. She qualified in 1964 and continued to work as a staff nurse at the CRI until she went to Pontypridd Cottage Hospital as a night sister. Then, in 1969, she went to East Glamorgan as a sister. She met her husband John Fell toward the end of the sixties. Jonathan was born in 1973. The marriage was not a success and they were divorced in 1975, after which Ruth and Jonathan moved with her Mum and Philip to Penrhys. In 2002 Ruth reluctantly retired. She went to Spanish classes and bought a caravan in Aberporth. Ruth became a grandma to Oliver in 2009. Ruth developed throat cancer in 2014. She died peacefully at home in south Wales. 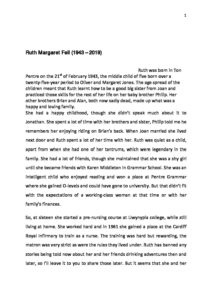 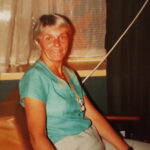 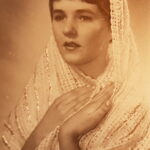 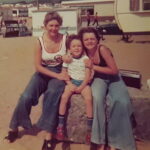