Mark Andrew John Howlett (1964-2019) was the son of Rita and John Howlett and the younger brother of Debbie. He grew up in Oxford and attended Redefield School. He left school at the age of 16 and became a driver, qualifying to operate HGVs. Mark married Lindsey in 1993. Their first son, Andrew, came along in 1996 followed by Jamie in 1998. Mark was a talented darts player, winning many contests. He was a keen Oxford United fan and a renowned practical joker. In 2014, Mark suffered a cardiac arrest which left him with brain damage. He spent most of the next five years in The Leonard Cheshire Nursing home in Burcot and died in The John Radcliffe Hospital., Oxford. He was only 54. 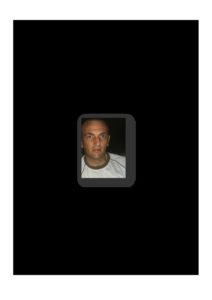