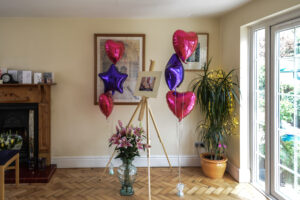 Mary Gordon (1923–2019) was the fourth of seven children born to John and Ethel. She grew up in Manchester. Her father died when she was seven, leaving the family in poverty. Mary left school at 14 to work at a munitions factory. She met Wilfred and they had a son, Douglas. They didn’t marry until Wilfred returned from the war. In the mid 60s, Wilfred’s work took them to New Jersey, enabling them to explore the Americas. Mary worked as a seamstress in both the UK and the US. They returned to live close to their son Douglas and his family. Mary had five grandchildren; Gary, Colin, Michelle, Wayne and Karl, and later thirteen great-grandchildren, and even lived to meet great-great grandchildren. Wilfred died in 1996. Mary travelled to Australia many times to visit Michelle and her family. At the age of 86, Mary moved to Shropshire to live next to her grandson, Gary. Mary spent the last few months of her life in Llysfield Nursing Home in Oswestry. 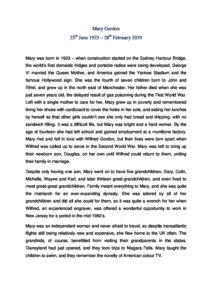 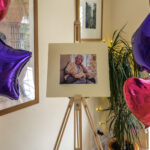 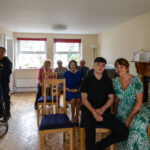 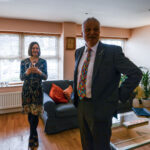 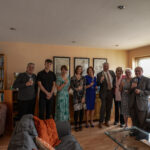 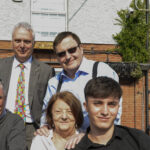 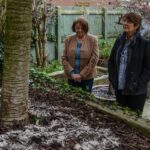