Sydney ‘Mick’ Leslie Neilson (1932-2019) was born in Cleethorpes, one of eight children to John and Margaret Neilson. His father died when Mick was eight. Times were hard and he had to leave school early in order to help support the family, starting at the Scunthorpe Steelworks. Mick taught himself Maths and quickly rose to be a foreman. He was intensely practical and mechanically minded. Mick married Pauline in 1955. Steven was born in 1959 and Paul five years later. They bought their own home in Winterton in 1968. After Pauline died in 1989, Mick moved in with Steven and began lecturing at Twickenham College. Mick was a grandfather and great-grandfather. He had a new lease of life when he moved to Eastbourne. He bought a flat to do up, followed by another home to work on. Mick did a lot of travelling in his retirement. He died in Eastbourne. 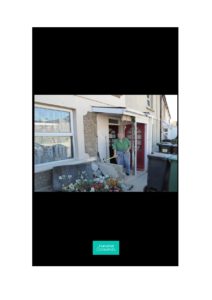