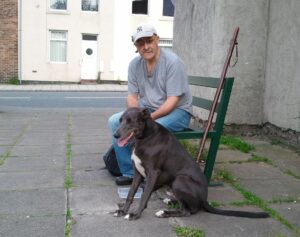 Paul Ormston Jackson (1956 – 2019) was born in Shotley Bridge to Harold and Elizabeth. He had two older sisters, Mary and Dorothy. He attended Consett Grammar School and then worked as a trainee architectural draughtsman in Corbridge. In 1981 he married Brenda. James was born in 1982 and they moved to Leamington Spa. Paul then went to Warwick University to study Early Modern History. Their second son, Oliver, was born in 1986. Paul graduated in 1987. The family moved back to Consett in 1988 and Paul took on postgraduate study at Sunderland University. Paul homeschooled James and Oliver. Paul and Brenda divorced in 2003 and Paul and the boys continued to live together. Paul’s health deteriorated with a condition called ankylosing spondilitis which gave him chronic back pain and he also developed diabetes. James became his full time carer in 2006. Paul became very ill in 2018, but pulled through only to suffer a brain haemorrhage in February 2019. He died in hospital in Durham. 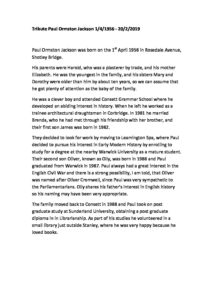 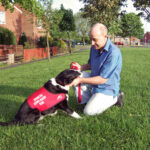 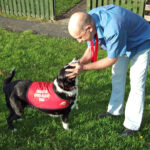 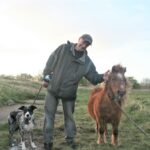