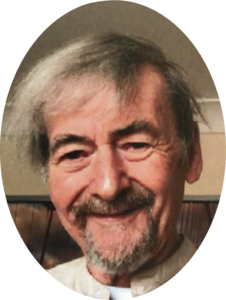 Desmond Charles Jones (1948 – 2019) was born in Cefn Fforest to Ivor and Miriam Jones. He grew up in South Wales and attended grammar school. In his early teens he attended the ATC and joined the RAF at the age of fifteen. He did his apprenticeship at RAF Hereford, after which he had many postings during his 20 years service. After the RAF, Des worked for the military division of the British Aircraft Corporation, and spent a considerable amount of time in Saudi Arabia. He remained in Saudi Arabia, working for Bechtel before moving back to Wales. He then studied at Glamorgan Polytechnic and gained a diploma in Personnel Management. He continued to travel for work until settling in Conwy, North Wales, where he worked for ACAS. Des eventually moved to Blackwood to be near his son, Chris and his granddaughters. He died at The Royal Gwent Hospital. 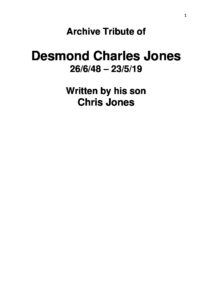