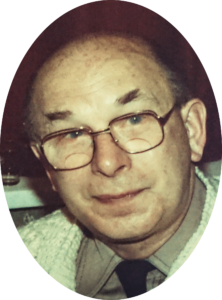 Horace (Harry) James Hurst (1920 – 2019) was born in Llandaff, Cardiff, to Horace and Lillian. He had a younger sister, Mavis. He left school at fifteen and joined the Royal Air Force. He entered as a trainee technician and underwent his training at Llandow. While posted to a camp near Manchester, he met Rose. They married quickly in 1942 because Harry could have been posted anywhere in the world at any moment. Their daughter, Gwen, was born in 1943, while Harry was away with his squadron. He was attached to the Royal Navy and received the Distinguished Service Medal for bravery at sea. Harry had to leave the RAF in 1946 due to hearing loss. He worked in Manchester until the family moved to Cardiff in 1956. Harry had several jobs over the years, including eleven years at British Home Stores, after which he became a porter at Cardiff University. He and Rose had four grandchildren, Karen, Kevin, Gaynor and Richard, plus great-grandchildren. Harry retired in his early 60’s in the 1980’s. Rose died shortly after their 65th wedding anniversary in 2008. Harry recovered from the loss with the help of his close family. He died in Llandough Hospital. 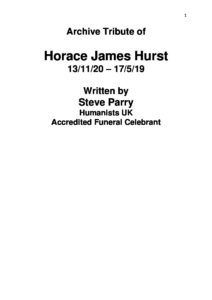 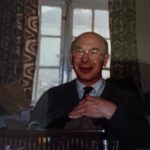 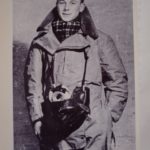 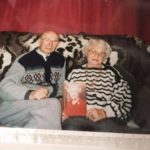