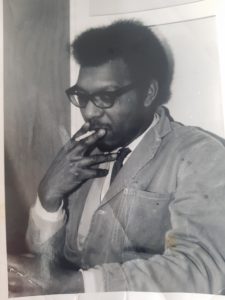 Lancelot ‘Larry’ Augustus Melbourne (1944 – 2019) was born in Barry, South Wales, to Lance and Florrie. He had eleven siblings, Desi, Teddy, Marie, Chris, Val, Peter, Edna, Paul, Florinda, Denise and Michael. Larry was a quiet person who enjoyed music and reading. He was also practical, making such things as a go-kart and a bicycle, moving on to motorbikes as he got older. As a child he enjoyed being outdoors and working in the garden and this was to continue all his life. Larry went to Jenner Park School and Barry Boys’ Secondary School, leaving at fifteen. After a few years at the Rank Hovis Mill, he started working in Sully Hospital as a porter in 1963. He stayed there until the hospital closed in 2001. Larry then became a groundsman at Llandough and Barry Hospital until he retired in 2009. After his parents died, Larry continued to live at the family home where he became a focal point for the family. In 2013 Larry recovered from a heart attack, after which he moved into the Bella Vista nursing home where it soon became apparent that he had dementia. Larry spent his last few months in the Heath hospital. 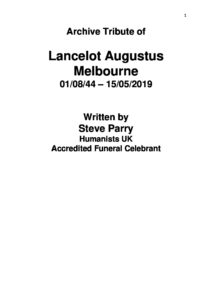 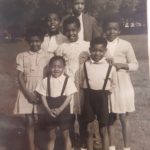 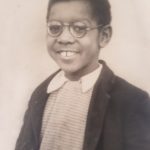 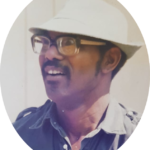