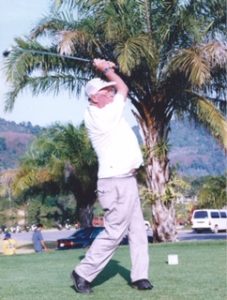 Thomas Henry Blake (1931 – 2019) was born in Elham to Charles and Elizabeth. He was the middle child of five, the others being Bill, Ronald, Gladys and Pamela. His father died when he was still young. The family moved from Folkestone to Hampstead in London before the war started. Tom was evacuated to Wiltshire to stay with his mother’s family for the duration of the war. On leaving school he completed an electrical apprenticeship. Tom met his wife to be, Vera, before starting National Service. Tom was an electrician in the Royal Navy between 1952 and 1954. Then he joined the BBC as an electrician and subsequently became a cameraman. Tom and Vera married in 1956 and lived in Hampstead, where Graham was born. He later transferred to BBC Wales with a move to Newport, where Mandy was born in 1965. Vera died in 1982 and in 1988 Tom retired and focused on his golf. He had two grandchildren, Carys and Rhys. Tom died peacefully at home. 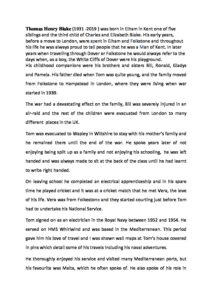 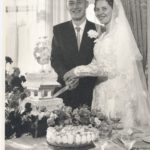 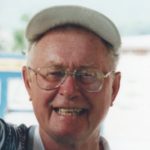