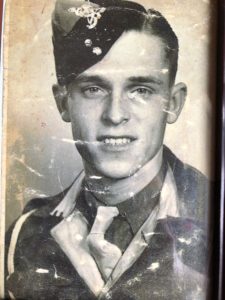 Thomas John O’ Halloran (1929 – 2019) was born in Newtown, Cardiff to Mary and Henry O’Halloran, one of ten children. Tom left school aged 13. He eventually found work as a builder’s mate. He spent two years in Yorkshire on National Service before returning to Cardiff to work in the steel industry. Tom married Olive in 1955 and had two daughters, Bev and Jan. In 1990, Tom moved to Cathays to live with his partner Dot. In 1992, Tom survived a heart attack, prompting his retirement from the Welsh Government. Tom and Dot then moved to Rumney, close to his daughter, Bev. After retirement Tom became very domesticated, taking on the role of house husband. Tom had two grandsons, James and George. He was a lifelong fan of Welsh rugby. Tom spent his last year at Willow Brook Nursing Home. 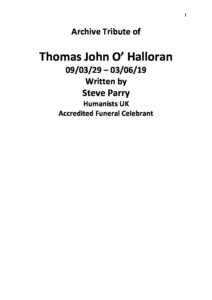 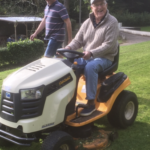 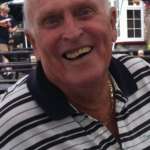 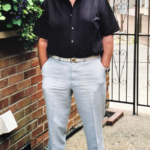