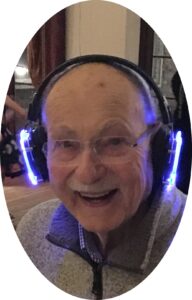 David Murray (1928 – 2018) was born on 14 December in Newport, the youngest of three children. He served as an Air Raid Precautions messenger during World War Two and then as an apprentice draughtsman once he had left school. He later qualified as a Chartered Engineer and worked for ICI in Pontypool where he ultimately became production manager of the site. David loved music and enjoyed playing the drums and taking part in amateur dramatics. He married wife June in 1955 and they had son John in 1958 before divorcing in 1978. 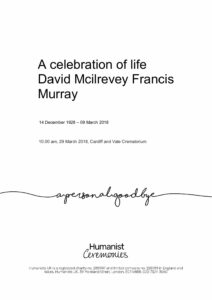