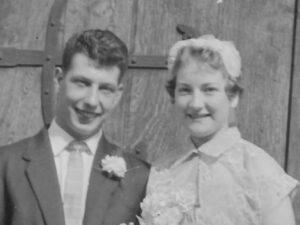 Graham Holder (1937 – 2018) was born in Cardiff on the 28 August, the eldest of three brothers. He undertook an apprenticeship as a plant fitter and then joined the Royal Engineers building roads in Cyprus for his National Service. After this, he underwent further training and eventually worked for Coles Cranes, repairing cranes across the world. He enjoyed travelling with his wife and spending time with his children and grandchildren. He married wife Margo when he was twenty and they had three children: Carole, Mark, and Wendy. 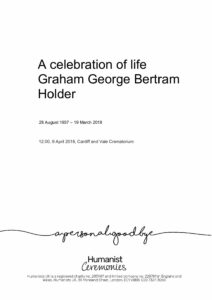 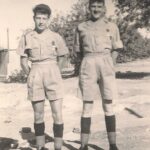 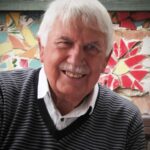 Celebrant and tribute contributor: Steve Parry.
Tribute to Graham delivered at a Humanist funeral arranged by their family. Includes digital photographs of Graham and his family, (2017).