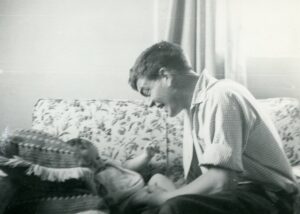 Ernest James ‘Jim’ Partridge (1939-2018) was born on 15 August in Ynysmeudwy, one of two children. His father died when he was very young and he chose never to speak about his childhood. He worked briefly as a machinist, where he met Wendy whom he married in 1959. He applied to join the RAF but ended up joining the South Wales Borderers and Wendy and his son Steve joined him in postings around the world, including the Far East and Northern Ireland. He loved gardening, something he continued as he lost his sight. Wendy died in 2011 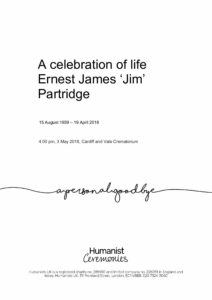 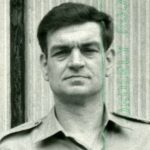 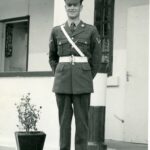 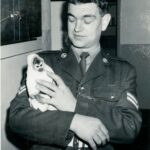