John Varley (1938-2018) was born on 17 January in Liverpool, one of three children. After growing up in Toxteth, he joined the Merchant Navy – serving as a steward on large passenger ships. After leaving the Merchant Navy he joined the nearby Ford car production factory where he would remain employed for the next three decades. In the 1960s he met Gloria who he would eventually marry- but not after she had emigrated to Australia temporarily. John and Gloria had two children, Paul and Liam. John loved motorbikes, Friday nights in the pub, and in his later years, travelling with Gloria. John died in 2018, aged 80. 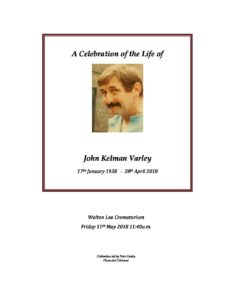 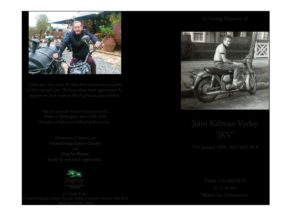