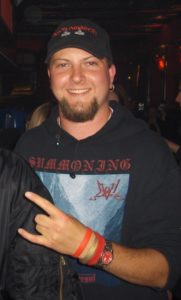 Ian Edwards (1981-2010) was born on May 24 in Solihull where he lived most of his life. He grew up extremely close to his mother and his father, and it is from the latter he inherited his lifelong love of football. After spells of volunteering for the National Trust and MENCAP, amongst other charities, he attended Birmingham College of Food & Tourism and worked in Adventure Tourism out in Switzerland before becoming a Care Worker in a home for people with disabilities back in Birmingham – a job he loved. As well as football, Ian was intensely passionate about metal music and real ale, and he indulged these passions as often as he could. Ian died of lymphoma in December 2010 – shortly before his 30th birthday. 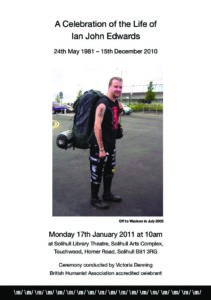 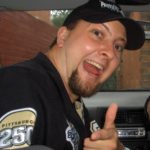 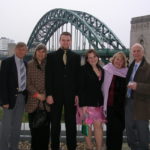 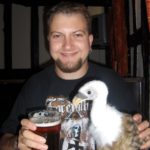 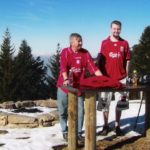 Celebrant and tribute contributor: Victoria Denning
Tribute to Ian Edwards delivered at a Humanist funeral arranged by their family. Includes five digital photographs of Ian Edwards, a power point presentation made by Ian's friends, and a digital copy of the Order of Service (2010)