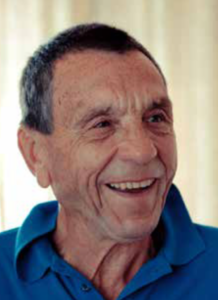 David Michael ‘Mike’ Morris (1941–2018) was born in Trethomas, the eldest child of David Pryce Morris and Lily May. Mike attended Bedwellty Secondary Modern where his lifelong passion for rugby started. It continued through Machen Rugby Club where he played, coached, refereed and helped run the club. Mike was awarded a lifetime membership of the club where he met his wife, Ros, who he married in 1966 and with whom he travelled the world. Their second home was their caravan in Newquay. Mike leaves behind his two children Sarah and Simon and four grandchildren, Lily, Finley, Verity and Leander for whom he was ‘grampa taxi’ . Mike raised money for charity every year and loved to play golf in his later years at the Virginia Park Golf Club & Castell Heights. 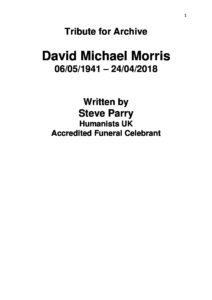