John Michael Conway (1982-2018) was born and raised in Oxford. He studied Arts and Drama at Abingdon and carpentry at City of Oxford College. John worked at The New Bodleian and then in estate management at the John Radcliffe Hospital. In 2009 he was diagnosed with a brain tumour. He met Zöe, his wife, in 2012 and they had six years together before John succumbed to his cancer on 25th June 2018. John was an independent minded, sociable, easy going man who loved a good party. 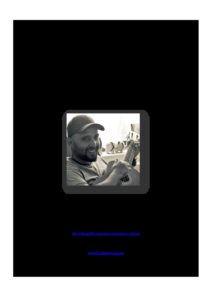 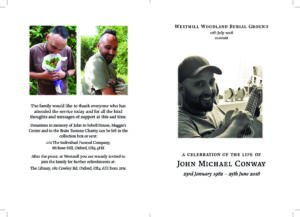