John Lloyd (1941-2017) was born in southern Africa during WWII. He was involved in politics at university and became an activist in the anti-apartheid struggle. He was imprisoned for his membership of the African Resistance Movement in 1964. After his release he moved to the UK where he worked as a journalist, including for the BBC, before taking up teaching. He met his wife Jenny in 1968. She was also a teacher. They have two daughters, Kate and Becca. John was a member of the Labour Party and served on Devon County Council and Exeter City Council. He later he became a barrister. He leaves behind his wife, Jenny and daughters, Kate and Becca. 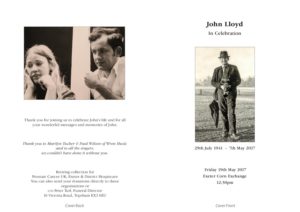 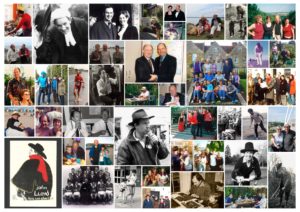 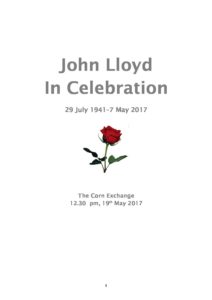 John Lloyd Tribute (Word)
Celebrant and tribute contributor: Jenny Lloyd
Tribute to John Lloyd delivered at a Humanist funeral organised by their family. Includes digital copy of the Order of Service from the funeral and a photograph board of John Lloyd (2017).