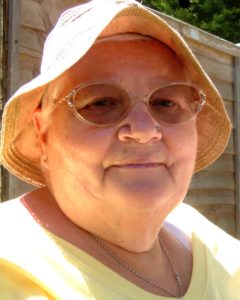 Jeanette Helena Bishop (1947–2019) was born in Byfleet, Surrey, one of four children. Jeanette (known as Nett) attended St Mary’s Infant & Primary School in Byfleet and then West Byfleet County Secondary School. After leaving school in 1962, she worked for a newsagents shop and then car seat belt manufacturer Britax. In 1966 she started work in the assembly department of Charles Austen Pumps Ltd in Byfleet, a job she held for 44 years until her retirement in 2010. It was at Charles Austen Pumps where she met Mike Bishop. Nett married Mike in 1973 and they set up home in Woking. They were happily married for 46 years. They have no children.
Nett suffered from ill health all her life, developing osteoarthritis while in her thirties. She eventually had to have both knees replaced and also developed rheumatoid arthritis, losing her mobility completely in later years. Nett enjoyed gardening, knitting, needlework going for walks in the country and holidays, but the arthritis made these things impossible in later life. She suffered from respiratory problems including COPD. Nett died in 2019 at the age of 72 from respiratory failure, during her seventh admission to hospital in nine months. She passed peacefully with husband Mike by her side. 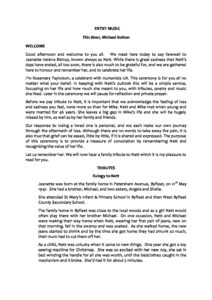 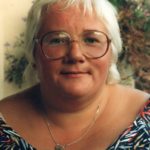 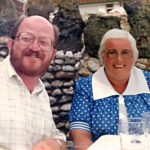 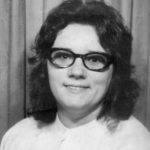 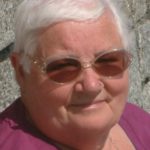 Celebrant: Rosemary Taylorson
Tribute to Jeanette Bishop delivered at a humanist funeral in 2019