Denton Wells Brockway (1944 – 2019) was born on 20th March 1944 in Kingston-on-Thames. He was a bright youngster with an uncertain start in life but loved by his mum and grandmother, with whom he lived on the south coast in Pevensey Bay. He had a sense of adventure, was capable and intelligent, and happy to turn his hand to many jobs. He became a tourist riverboat skipper on the Severn and was a well-liked character in the life of Bristol Docks. He was an accomplished upholsterer – a skill he taught. Most of all Denton was a likeable and popular character, a raconteur and storyteller, and a key member of Cross village life. 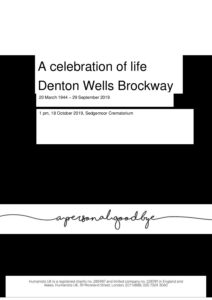 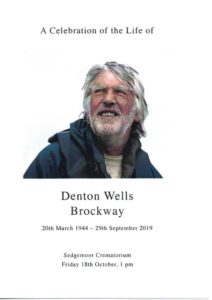