Madeleine Spears (1945-2019)
Madeleine was born on 3rd November 1945, in Bassaleg, near Newport, the middle one of three daughters born to Brenda Dean and Frank King. Madeleine was smart and became head girl at her local grammar school. She studied zoology, marine biology and chemistry at West Ham College of Technology and then became a teacher. At college she met David; they married and had two children. Together they set up a production company which produced over 300 award-winning educational science films. Madeleine was a committed political activist and trades unionist. She enjoyed family campervan holidays, talking with friends, and the activities of her local U3A geology group. 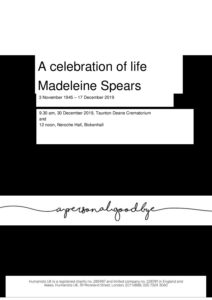 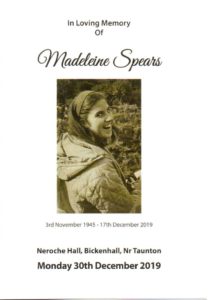