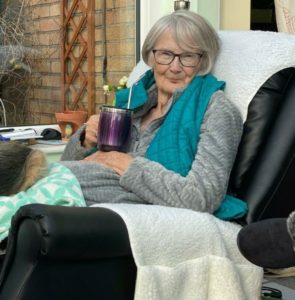 June Elizabeth Winters (1932 – 2019) was born in Islington on 3rd November 1932 to Elizabeth Wood and Edward Archer. She had two brothers, John and Ted. In later life she wrote a memoir of her early years with illustrations and poetry. Evacuated three times during the war – June recounted the use of the Anderson shelter and the sounds of doodlebugs. Her first job was with the security printers, De La Rue where she did some of the intricate artwork for banknotes. June married Donald Charles Winters in 1954 and started a family. Deborah was born in 1957 and Kay in 1959. Several generations of June’s family lived in close proximity – for periods all in one house. In her spare time June made lovely clothes for her daughters. Political and caring about wider society – June’s political observations were often printed in the national press and she used to take her daughters on CND marches. June had to tackle ill health throughout her life and when her father died in 1963, she had a breakdown and for many years thereafter had to deal with bouts of anxiety and depression. Attending adult education classes for art and creative writing, June became accomplished in poetry and art. Grandmother to Chloe and Lewis, June passed on some of her skills. In 2010 her husband Don died and June went to live with her daughter, Kay, in Cheshire near to Debbie – she loved being in the countryside. June’s health though continued to deteriorate and after a fall she was admitted to Leighton Hospital where she died on 10th December 2019. 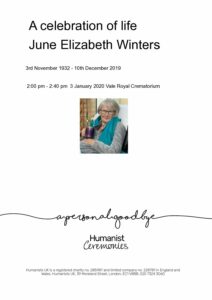 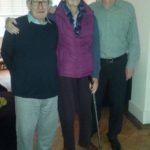 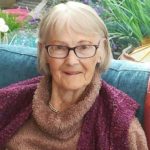 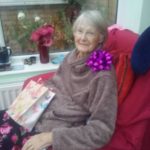 Celebrant: Peter Gaskin
Tribute to June Winters delivered at a humanist funeral in 2020