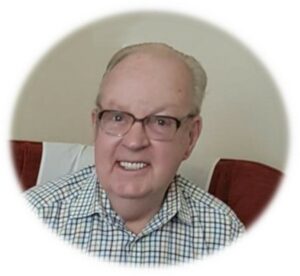 Frank Guilfoyle (1936 – 2020) was born on 12th January 1936. He lost his father when he was young and was raised by his mother, Mary and step-father, Joe. He was one of fourteen children. After leaving the local Catholic school, he worked as an apprentice projectionist and then made deliveries for a bakery. Frank met his future wife, Renee, shortly before starting his National Service. He spent three years in the Royal Army Service Corps, much of it in Germany. He and Renee were married on 22nd February 1958. They had a cottage in Ossett, where David was born. Frank worked for a coal merchant before gaining his HGV licence and becoming a long-distance lorry driver. After a move to Wood Street, Diane and Mike were born. In 1979 Frank and Renee divorced, only to remarry in 1987. He retired at the age of 60 for health reasons. Frank was a fan of horse-racing and keen on woodwork. He was a grandfather to Brett, JP, Lisa, Philip and Maddison, as well as a great-grandfather to Ethan and Evan. Frank died on 8th January 2020.