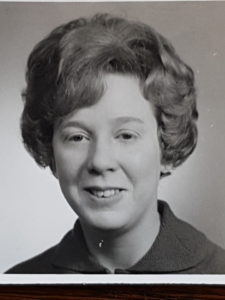 Phyllis Evelyn McDonald (1929 – 2020) was born in East London on 20th August 1929, the youngest daughter of Edward and Elsie Gunn. She had two elder siblings, Renee and Bob. At the age of 11 she entered West Ham Municipal Secondary School, which became Stratford Grammar School in 1945. Phyllis then earned a degree in languages at Trinity College Dublin, and went on to work as a translator for many years. She married Jim McDonald in 1961 at Shoreditch Register office and moved to Langney near Eastbourne. She was a member of the Communist Party for many years and a generous donor to a number of organisations. Phyllis was an independent woman but, after a fall in 2019, she moved into Inglewood Nursing Home. Her health continued to deteriorate and she died on 3rd March 2020. 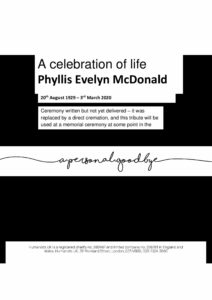