Thomas Brown Hunter was born on 9th September 1945 and was the oldest of five children. He remained close to his brother John all his life. He played football for his junior school and for Northumberland county at senior school. He left school and started a plastering apprenticeship but left the trade to join the Royal Fleet Auxiliary, travelling the world aboard oil tankers, refuelling Royal Navy ships. Thomas married Chris in Shiremoor in 1968, having left the Navy the previous year. The couple had two children, Zoe and Lee, and Thomas loved being a dad. When work became scarce, the family moved to Hertfordshire and in 1975 he became a plasterer at Wrotham Park Estate. He took over the role of gamekeeper on the estate when the position became vacant. Thomas was a keen pigeon fancier, racing his birds with his beloved granddaughter, Flossie. He also had two great grandchildren, Alfie and Grace. Over the years, Thomas developed a fondness for the island of Malta, which he visited regularly and where he made many friends. After months of ill health, he was diagnosed with lung cancer and died in hospital on 22nd June at the age of 74. 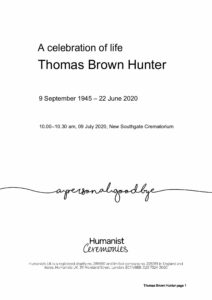 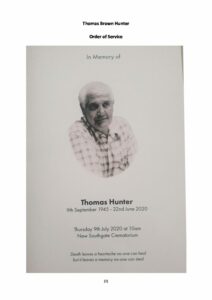 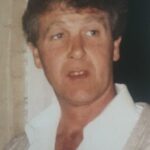 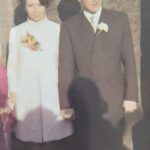 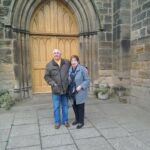 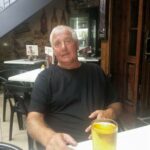 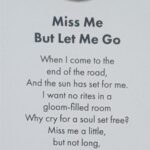