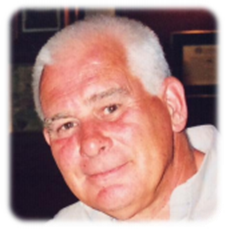 Robert ‘Bob’ Gaskell was born in Pontefract on 30th September 1943, to Joseph and Minnie. He grew up there with his siblings, Eric, Rita and Peter. Their mother died when Bob was seven years old. At the age of 15 he went to work at the Prince of Wales Colliery, where he spent several years down the mine. Bob married Margaret on 29th December 1962 and they set up home in Willow Park. Bob and Margaret had three children, Kevin, David and Maureen. He worked on the railway, in manufacturing and on a pig farm before he settled at Kings Mills as a flour-miller. He also became a union representative. His social life often involved a drink at the Willow Park Club. He loved his Yorkshire Terriers and kept chickens, pigs and a goat on his allotment. Bob was a DIY enthusiast and enjoyed tinkering with cars.

Poor health forced Bob to retire early but this enabled him to spend time with his five grandchildren, Matthew, Adam, Emily, Scott and Courtney. He also had nine great grandchildren. His health deteriorated further during his last couple of years, particularly after the death of his son, Kevin. With Margaret looking after him, he was able to stay at home, but eventually he moved to Victoria Homecare. Bob died on 4th August 2020. 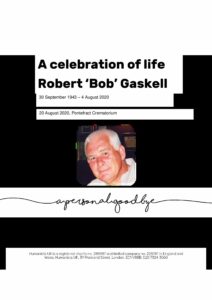