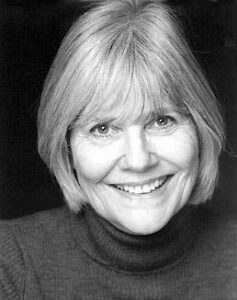 Caroline Dimont, Carrie, was born to Penelope and Charles on 12th March at the Rectory, in Willersey near Broadway where her grandfather Arthur was the vicar. She became part of a large extended family, her older sister Madelon, her younger siblings Julia and Deborah, Sally and Jeremy and Charles’ second wife Sonia and their three children, Charles, Sarah and Chris and her grandmother Caroline. Her mother married John Mortimer in 1952 and the family moved to Swiss Cottage where Carrie and Julia attended the progressive St Mary’s Town and Country School in Eton Avenue until, at 16, she went on to study at RADA. In 1962 she met the actor Leslie Phillips with whom she spent 15 years as her acting career flourished. In 1979 she married the actor John Bennett and they moved into 73 Teignmouth Rd, Willesden Green and Jake and Sam were born, brothers for Jamie, John’s son. Carrie continued to live there through the deaths of Sam in 2002, John in 2005 and Madelon in 2015 when she herself was diagnosed with ovarian cancer and with a further blow Deborah died of the same cancer in October 2018. In April 2020 she was hospitalised with Covid-19 but recovered and was thrilled to be home again but she had developed an untreatable leukaemia and died on September 20th. She always drew joy and sustenance from being with the people she cared about: her children, husband and her wider family and friends were everything to her. 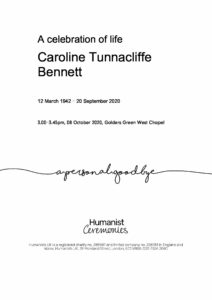 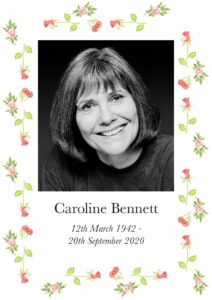 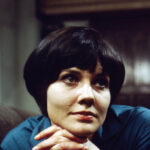 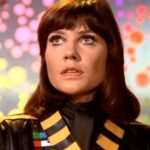 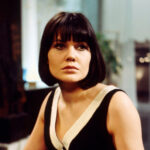 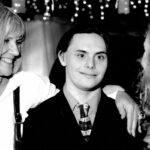 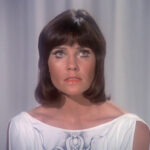 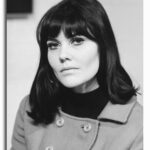 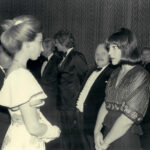 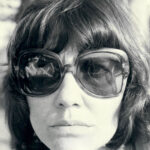 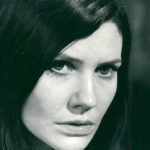 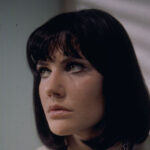 Celebrant: Kate Hobson
Tribute to Caroline Bennett delivered at a humanist funeral arranged by their family (2020)