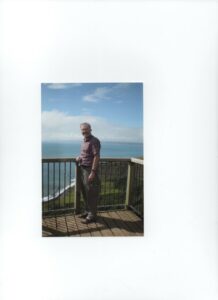 Bob was born on 31 May 1943 in Hamilton on the shores of Lake Rotoroa on the North Island of New Zealand. With his older brother Neal and younger sister Jan, Bob enjoyed being outdoors and was fascinated by nature.  Through his interest in collecting fossils, making bone studies of dead animals and studying plants he became interested in zoology and botany.  Bob went to Auckland University and completed his B.Sc. at Victoria University. He then taught for a year at Methven High School. After travelling in Europe Bob ended up in Oxford. By this time Bob had discovered archaeology, which was to become his career. In 1974 Bob joined the Oxford Archaeological Unit and continued at the Oxford University Museum of Natural History until his retirement. He was an innovative archaeozoologist and wrote a book: ‘Spatial Patterning among Animal Bones in Settlement Archaeology’. A volume he edited on the sexing and ageing of domestic animals from their bones, continues to be an important reference work. Bob lived an independent and simple life, read widely and did not use computers or even have a phone until he started chemotherapy in 2018.  Bob was diagnosed with Leukaemia in 2014 and by 2019 his health was deteriorating badly but he still enjoyed his walks. 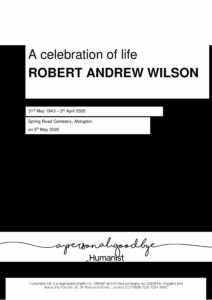