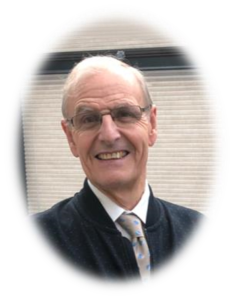 Born on 24th May 1946, Paul grew up in Chesterfield the eldest of six, often helping to look after his brother, Neil, and sisters Fay, Lori, Dawn and Tracey as his mother Betty, worked as a crane driver. He attended the grammar school and then Huddersfield Polytechnic. He met his future wife Sonja, they were together 49 years and had two daughters, Emma and Tina. Paul worked first at Marconi Space and Defence Systems in Reading and then at the European Space Agency in Darmstadt, West Germany. Returning home, he started his own software company, Videss, from his garage and grew it to employ 60 staff in a northern and southern office. Paul loved music of all sorts and could play a tune on the piano once heard and get a tune out of any instrument. His musicality helped with ballroom dancing and he and Sonja reached the semi-finals of the Closed British Championships at Blackpool. Paul began to suffer from dementia and in February 2019 moved into Crimson Manor Care Home owned by Tina. He died on 17th November 2020. 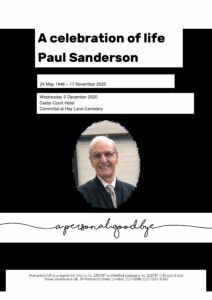