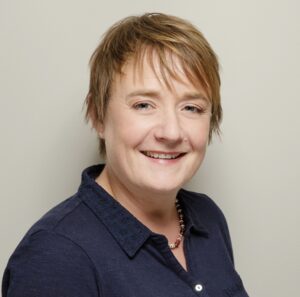 Kirsty was born on 17th March 1973 in Kirkcaldy, Fife, to Valerie and Peter Meddings. She had a younger brother Colin. The family moved to Watlington, Oxfordshire in 1997 where Kirsty spent a carefree childhood. Pete’s work allowed the family to move to California from 1985/88 where Kirsty forged some lifelong friendships. She was an active musician playing in the jazz and marching bands. On returning to Watlington she studied at Henley 6th Form College and after a gap year travelling, went on to study English and American Literature at Warwick University. Her career in publishing began at Blackwells but she really came in to her own at Catchword where she met James Culling. They married in 2004 and Daniel was born in 2005 and Luke in 2012. Kirsty was widowed when James tragically died in 2012 of leukaemia. In 2015 Kirsty married Martin Eggleston, a widower and they became a blended family. Kirsty was a devoted mother to Dan and Luke and a wonderful stepmother to Amy. Kirsty worked at Crossref as a Product Manager for her last 12 years. She adored the company, her work and all her colleagues. Kirsty’s enthusiasm, sense of humour and ‘force of nature’ left such a massive imprint on all who knew her. Kirsty died from an aggressive breast cancer at home with her family on 10th December 2020. 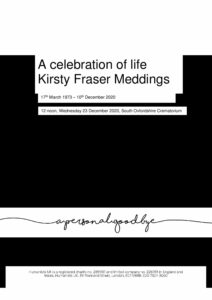 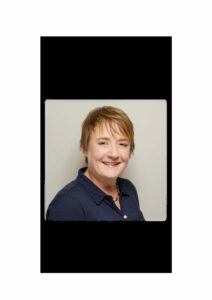