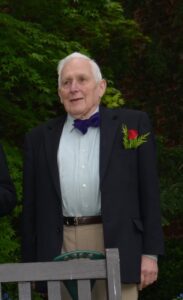 James was born 9th October 1930 in Croydon to James Lenard Briggs and Blanch Emily Briggs née Kuhn. In 1937 his sister Audrey was born and in 1941 after living in various places around London the family moved to Burton Farm, Aldington, Kent where James passed a scholarship examination to Ashford Grammar school. From 1946-47 he was an Artificer in the Royal Navy and in 1948 started as a junior draughtsman with G H Buckle & Partners, Consulting Engineers but in 1949 was called up for National Service. He returned to G H Buckle in 1951 and married his first wife Paisley but they later divorced. He had always continued to study and gained a 1st class BSc in 1958. In 1962 he joined McAslan and Partners in Belfast and married Vera Webb in 1963. In 1967 they moved to Harpenden, Herts with their sons Russell and Lionel. James set up the London office of Mc Aslan and Partners, leaving in 1968 to set up James R. Briggs Associates Consulting Engineers which grew to have offices in London, Oxford and Cambridge. James was a pioneer of multi-disciplinary engineering and the application of computing. He worked on a number of projects for Oxford and Cambridge colleges, the award-winning Burrell Collection museum in Glasgow and the Sackler Gallery at the Royal Academy of Arts. In 1984 he and Vera moved to Cinder Hall in Saffron Walden. In 2001 he set about making Foxreach in Stocking Green their retirement home but Vera died in 2004. James remained active and involved throughout his retirement. James died on 17th November 2020. 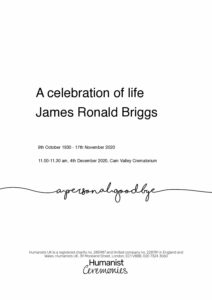 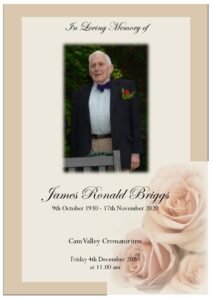 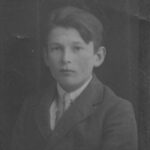 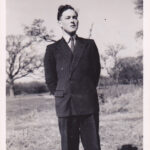 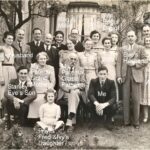 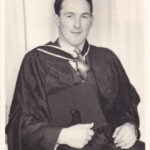 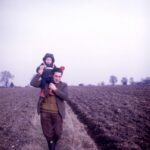 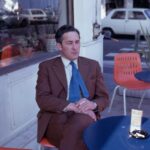 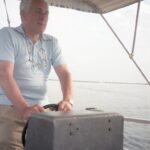 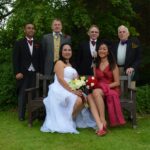 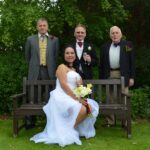